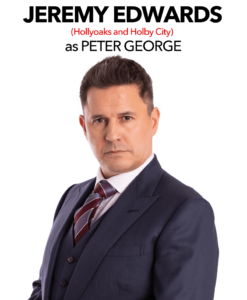 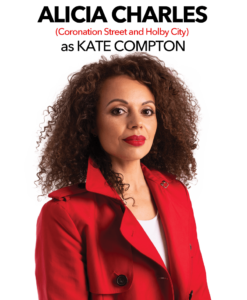 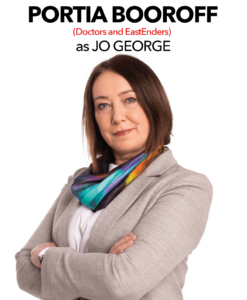 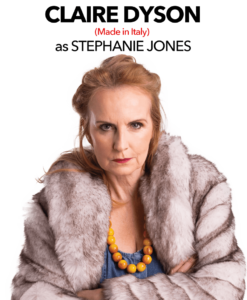 Offering a feast of murder, scandal, sexual indiscretion and political intrigue, this World Premiere of Dead Lies is directed by critically acclaimed director Joe Harmston and stars Holby City’s Jeremy Edwards. The action takes place during a fiercely fought election campaign. The story follows Peter George (Edwards), a politician who promises a new kind of politics beyond sleaze and spin.

He is welcomed as a messiah by the British public and expected to restore trust in a broken political system. But a shocking secret lies in the past of our country’s hero.
As buried truths rise from the ashes, will his rise to power be destroyed by ghosts from another time?

Personal and political influences begin to shake the faith of those closest to him, and a media cascade threatens to bring down Britain’s new saviour.
How far will he go to save his own career, and how far will those around him go to save their own skins?

Expect the unexpected. No one is safe.

“Hilary does that rare thing writing a thriller for the stage: like Agatha Christie, she puts psychology first, making Dead Lies the best sort of whydunnit”
– Harmston

Dead Lies is a roller-coaster ride of a play, packed with twists and turns until the very last scene.

MORE DATES TO BE ANNOUNCED

Be the first to hear about tickets!